The Magic of the Number 21 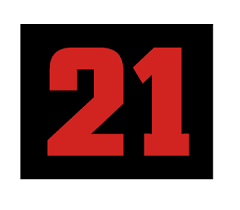 The movement of a fetus inside the mother’s womb and the mega project that took men to the Moon have something simple in common; – repetition, i.e. “trial and error”.

The way we master tasks is by repeating the different steps over and over again. – How many times had you babbled m.m. and d.d. till being able to say Mammy and Daddy?

We are all aware of the amount of information that a child can learn in a short period of time. And the reason is simple; – Children are not afraid of making mistakes.

But what does all this rigmarole has to do with the Number 21?

Please do not expect to find here scientific explanations, but the mere experience of an ordinary person.

I learned and believe that it is necessary to repeat an action 21 times till it becomes a “habit”. Theoretically, if I drink a glass of water every single day soon I wake up, after the twenty-first day, I will have developed such a habit.

But, I would like to share a very simple tip, which also shows the Magic of the Number 21.

For example, someone who wants to quit smoking should give the following instruction to the own subconscious mind:

– I need to spend 21 days without smoking at all! If that person turns to be able to complete this basic goal, he will be then well positioned to beat the addiction, because these 21 days bring back the pleasure of “life without tobacco”.

By the other hand, instructions like “I’ll never smoke again”, are usually rejected because the subconscious mind does not want in any way to forget the illusion of that “relaxing cigarette” after lunch, at bedtime, or even the “style” of holding a cigarette between your fingers.

But right now you might be asking; – Do I need to smoke marijuana for 21 days to become dependent of such an addiction? – Probably not.

What probably motivates someone to smoke marijuana is the fantasy itself, (kept for 21 days? – Maybe).

Remember that despite its complexity, your brain is playful, purely a child. And once again, also remember that children are not afraid of making mistakes.

Therefore discipline yourself to always maintain a good way of thinking. Apply the Number 21 Rule.

However, my commitment here is to reveal my personal life experience with the Number 21. Thus, and in order to keep this article short, I will only quote a few examples:

What if I ask you; – What is the percentage of Oxygen in Fresh Air?

Take a moment to analyze your experience with numbers, 21 or others.